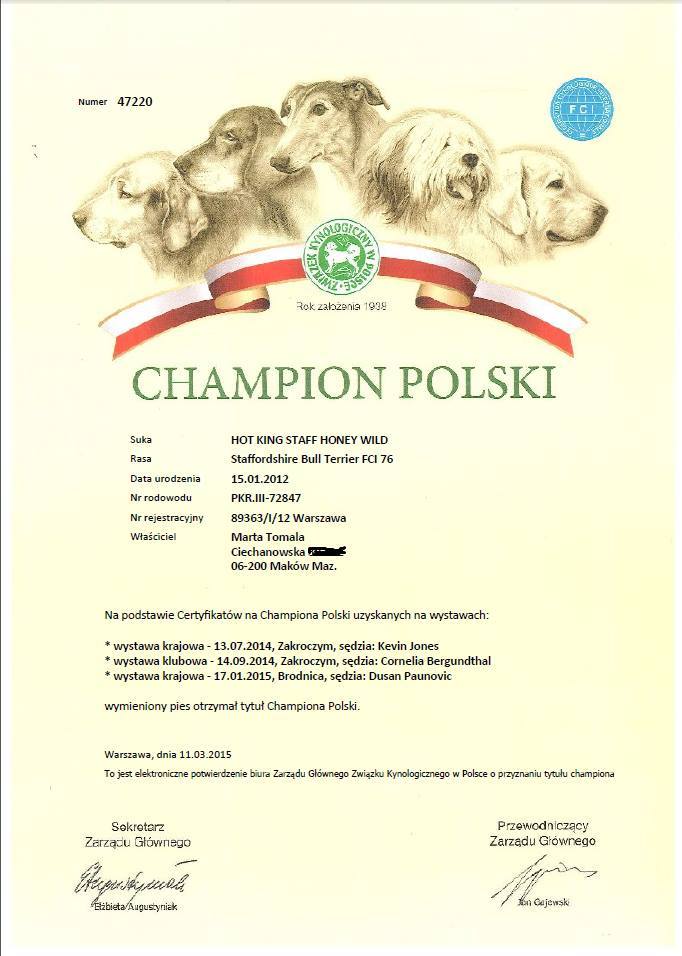 Honey is officially Champion of Poland

Today we received from the Polish Kennel Club consignment with a diploma of national championship – the official confirmation of obtaining this title by our bitch.
Honey received a total of 6 CAC, rather than the required 3 – beacouse between the first and last CAC must take 6 months to championship to be considered.
CAC granted her an international show in Lodz, the club show “Alec Waters Memorial” in Zakroczym and national shows – in Dobre Miasto, Plock, Brodnica and in Zakroczym, “Bulliada” special show for bull type terriers. We have two “big” CAC (to championship is required one) – received on international or club show.
Half of all CAC Honey received from the judges who are experts and breeders of staffordshire bull terrier – such distinctions particularly enjoy and for us worth far more than a good note from the judge, for who our breed is just one of the standards that must be learned.
From next show we will “run” in the champion class 🙂